When it comes to RTS games there is no series better known, or more successful, than StarCraft. Putting together a level for StarCraft II is easy once you understand the tools, but making it balanced and getting it to feel like an official level is another thing entirely. This article will discuss the most important aspects to consider when designing your levels, and how to build them to satisfy even the toughest players.

This article is going to deal with level design in StarCraft II and the essential things you should consider when designing your maps, rather than how to use the level editor. While the second part of this series will deal with the aesthetic aspects of level design and will deal a lot with the tools the editor makes available to you, neither article will be a tutorial in using the level editor for the first time. If you are looking for that you should head to websites like SC2Mapster which have many tutorials covering that topic.

This article will focus primarily on balancing your levels and designing them for competitive play; if you want to learn more about the aesthetic portion of the design process, hold on for my next article as it will cover that extensively.

The First Step Is Preparation

I suggest that before you get started with the editor you also spend time playing the game. Playing through some of the campaign and playing against other people online will help you gain an understanding of the strategies people use with different races and a deeper knowledge of the game as a whole.

It is absolutely crucial that you play against others in real matches to gain the understanding you need to make a good map. If you only ever play matches against computers, or you don't play at all, there may be subtle things you miss or fail to consider when you set out to make your first map. 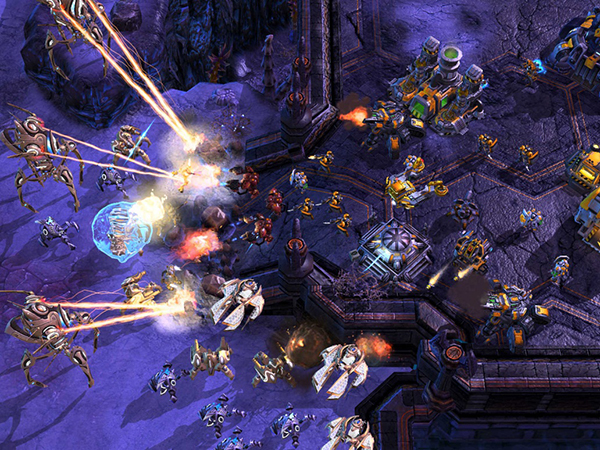 Finally if you are new to the game you can also spend time studying the units and structures on the official Blizzard site to try and gain a better understanding of how they work.

Once you have a good understanding of how the game is played, it's time to get started making maps.

The primary game type in SC2 is Melee in 1v1, in teams, or in a Free-For-All setting. While you can use the editor to make entirely new game types I will not discuss that here as the techniques you need are very reliant on what you want.

Despite this article's focus on general Melee map design you still need to decide how many players your map will accommodate. While some accommodate multiple game sizes you should still consider all of the possibilities for your map as this information will have a strong impact on the frequency and placement of different map elements.

The most common Melee game types are 1v1, 2v2, 3v3, 4v4, and FFA. The biggest impact your choice of game mode will have is in your map size. The average map sizes for the different modes are as follows:

These numbers are simply a guideline and it is okay to go larger or smaller when determining your map size, but you should always consider what you want from the map. If you want to make a map for quick 1v1 games where fights start early then you would probably want a smaller than average map. On the other hand if you want a map which supports large scale battles you need to give players space so they have time to develop big armies, and may want a larger than average map. Finding the right size generally comes down to considering how you want the game played and what works best for that scenario.

Common Elements Among All Levels

No matter what size level you want to make, there are some things you will always include. Also, while there are no specific rules on how you must use these items, there are commonly accepted guidelines about how they should be set up.

Here are the elements you will find in almost every level, and what you should consider when placing them. 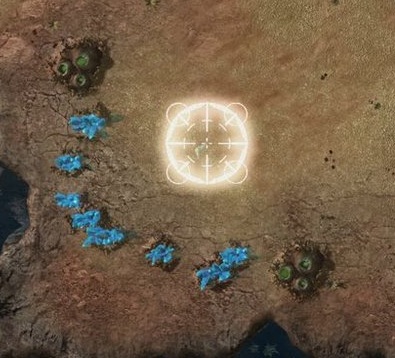 Expansion bases are the locations used by players to expand their territory and venture further onto the battlefield. 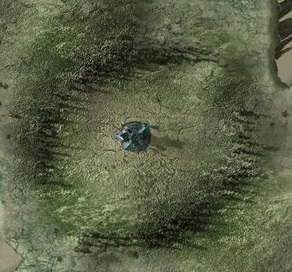 Level Layout and the Importance of Symmetry

The first thing to do when laying out your level is to determine where the starting and expansion bases will be. Once you have good positions for the starting bases, raise those positions up to a higher cliff level and decide how much space you want each player to have. Then, start building outward from the bases and develop the level more as you get closer to the center.

It's best to consider the experience you want the player to have and use that as the guiding force in determining what to do next. Continue developing your level inwardly and eventually you will have the entire area laid out. It's important to always consider level symmetry and keeping things equal for all players because this helps you maintain balance and makes the level design process easier.

By making a symmetrical level you can avoid many of the balance issues that can easily come up.

Technically you don't need your level to be symmetrical to be balanced, but making a well-balanced level without symmetry is a much larger challenge. By making a symmetrical level you can avoid many of the balance issues that can easily come up.

For example, if any player's resources are harder to get to or farther from their base than any other player's resources it will take them more time to gather the same amount of resources, and no matter how good they are they will never be able to catch up to the other players or advance through their tech trees as quickly.

In a similar vein, if any area on the map has more doodads or props than any other area it will probably take the player longer to move through that area, which means that if they are forced to go through this area they will not be able to move through the map as quickly and may lose their chance at gaining control of the Xel'Naga Tower or other advantageous spots.

So, when laying out your level, try to keep it as symmetrical as possible and to ensure that every player has the same or a similar setup so that no player is disadvantaged by the layout itself.

You may have noticed that I have mentioned the idea of encouraging conflict many times already in this article. This is because SC2 is a competitive multiplayer game which thrives on conflict and combat. It is your job as the level designer to create this conflict and weave it into the fabric of your level. 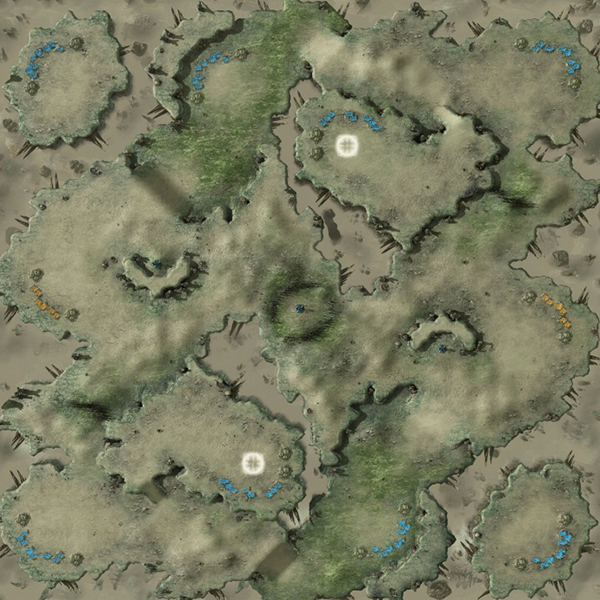 The idea here is to force interaction between your players and to bring their goals into conflict with the goals of their opponent. By design this is already the case in SC2 since you can only win a game by killing your opponents. Despite this though you should still consider these ideas when determining where bases will go and what paths are available to the player to progress through your level.

Once you have a layout you are happy with you move on to the longest and most important stage of development: playtesting and re-balancing.

No matter how much time you spend on your level before you play it, it will probably not be perfect. To get it just right and work out all the kinks you will have to start playing it and, most importantly, letting other people play it. Release the map and get people to play it so you can get as much feedback as possible.

There are a lot of good communities for SC2 developers including SC2Mapster, Team Liquid, and even the official Blizzard forums. Use these resources to your advantage and tell people about your map so they can go out and play it.

When in this stage of development do your best to be in as few of the tests as possible to prevent your knowledge of the level from skewing the test. Also, make sure you take everything that's said into account - and don't take any of it personally; you asked for help and people are giving it, that's all that matters. Do as much testing as you can and gather as much info as you can.

It's important that you continue testing and rebalancing your map until it is truly complete and don't just stop after the first set of fixes are made. This may take a while, but your map will be better for it in the end.

Where Do I Go From Here?

After your level is balanced to satisfaction you should start trying to make it look nice. The next article in this series will deal with exactly that and will also cover a few tips about the editor that are important to consider when designing your level so make sure to check it out when we release it.

If you have any questions about the topics covered in this article, or feel you have good information for other aspiring level designers such as other good resources or things you've learned while working with the editor, let us know in the comments. I hope to see you back here soon for the second part of the series.

David Silverman
David Silverman studied Game Design, 3D Modelling and IT at the Rochester Institute of Technology where he also helped run the Game Development Club, and created an indie puzzle game called Chromathud. On top of his personal and school projects he also spent time developing games for the One Laptop Per Child program and taught Level Design and 3D Modelling at InternalDrive Technology Camps.
Weekly email summary
Subscribe below and we’ll send you a weekly email summary of all new Game Development tutorials. Never miss out on learning about the next big thing.
Advertisement
Translations