The Often Underestimated Art of Creating an Awesome In-Game Tutorial

It might not be the most glamorous aspect of developing a game, but creating an informative, fun and user-friendly in-game tutorial can go a long ways towards increasing your conversion rate and sales. Join me as we take a brief look at the history of the tutorial and discuss what you can do to make learning how to play your game a more pleasant experience.

Introduction: A Brief History of the Game Tutorial

Remember booting up Super Mario Bros. for the first time? For the bulk of the game, players were required to use just two controls: the A Button to jump and the directional pad to move. Eat a flower and suddenly you could shoot fireballs via the B button. That's it.

The controls were intuitive and simple, and players hardly needed a 40-page manual to walk them through the idiosyncrasies of gameplay. In fact, most instruction manuals of the NES and Sega Master System era were more interested in providing the player with lore and cheesy character bios than they were with dissecting game mechanics. Players just knew. 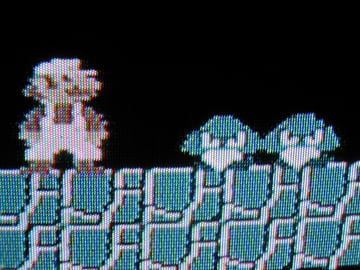 Which button do I press again? Oh wait, either one will do.

As games evolved, so did their controls. By the N64 and PlayStation era, the vast majority of games featured sophisticated mechanics and navigable sub-menus. Consider early first-person shooters, for example: recognizing that the right or left trigger is used to shoot is intuitive enough, but learning which buttons handled weapons swaps, night vision and walk speed could frustrate even the most patient players.

At the time, the instruction manual still reigned supreme, and players were almost forced to scour its pages if they had any hope of mastering the controls. It didn't exactly stop avid gamers from playing games, but it was around that time that they became more selective in their purchases.

Remember when controllers were this simple?

Recognizing that players might not want to read until their eyes bled, game companies began inserting tutorials into the actual game. Some were merely tacked on as a visual UI, and did little to facilitate learning. Others acted as an training ground, where players would learn different aspects of the game in a safe environment. These worked, but had a tendency to be drawn out and boring.

The Evolution of the Game Controller

Imagine if Super Mario Bros. were released on the Xbox 360. Featuring 14 buttons and controls, learning which ones caused Mario to jump and shoot would not exactly be an arduous process, but it wouldn't be nearly as intuitive as it was in 1985.

Today's controllers are complex devices that dwarf their predecessors in both size and functionality. To further complicate matters, the A button, which used to make a character jump, is now used to order movies, change avatars, search the Web and do your laundry. Well, not the last part, but you get the idea. 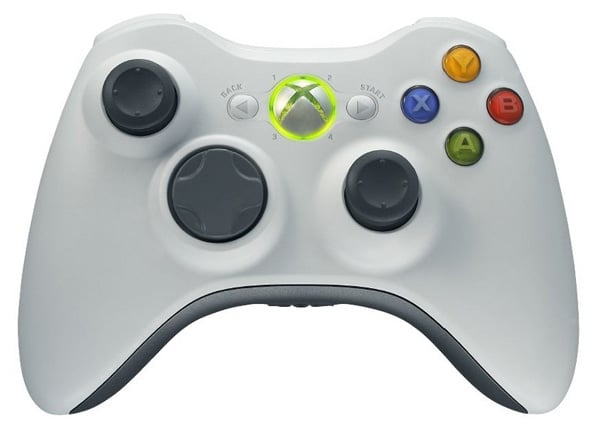 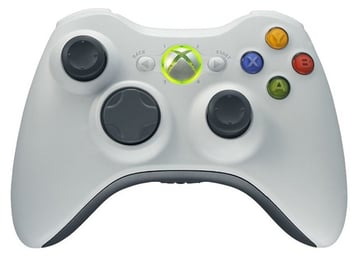 Controllers sure ain't what they used to be.

Because of the complexity and cross-functionality of modern input devices, the need for game developers to clarify their control schema in a matter that is appealing and informative is more pressing than ever.

Recognizing the Scope of Your Game

One of the first things you should do when determining the right in-game tutorial for your game, is to first analyze its scope. If the game requires players to run and jump, the need for a complex, interactive tutorial is rarely necessary. In fact, most casual indie games hardly require more than a one-screen interface depicting the controls. How annoying would it be if Fruit Ninja forced you to flip through a digital novel instructing you on how to cut a watermelon in half?

But just because your game is casual, that doesn't mean it's not complex. Take the ever-popular Angry Birds, for instance. At heart, it's a rather simple physics game, but throw in a half of dozen bomb types, a skewed take on gravity and various environmental objects, and suddenly it's as intricate as some Triple A titles. Instead of overloading players with an abundance of information all at once, the game gradually introduces new features as you progress. Each of these new features is prompted by a static screen exhibiting how the new bomb or environmental object functions. This results in players knowing exactly what does what without teaching them advanced strategies. It works.

Now, if your producing an indie RPG or work as part of a 50 man team, it's likely that your game will benefit from interactive tutorials. Try playing Call of Duty: Black Ops 2 online without any prior experience and you'll quickly learn the definition of mental anguish. A simple screen depicting a controller and wall of text is not going to cut it. Your tutorial will either need to be integrated into the single-player campaign mode, or follow the training arena model.

The "How to Play" Menu Option

This type of tutorial can actually work for simple games.

But before you do anything, you have to conceive a "How to Play" screen or screens that are user-friendly. The best way to do this is to take a three-tiered approach. Ask yourself the following questions:

If the answer to all of these questions is a resounding yes, then you've done a pretty good job designing your in-game tutorial screens.

It may require a little extra programming, but you could design your game so that the first time a player tries a mode, a pop-up is initiated asking the player if he or she would like to view the "How to Play" section before proceeding. If they say no, then no harm done and the game never asks again. This method only delays players a few paltry seconds, and could conceivably allow them to digest the game mechanics more quickly. More often than not, they're going to visit the "How to Play" section if they are having trouble anyway, so you might as well save them the trip.

Another, even better method would be to program your game so that if a player fails at a simple task over and over again, the game recognizes this and asks if the player wants to view a quick tutorial. This may prove embarrassing for some players, so only enable this option if players clearly do not recognize what button does what. If they know the mechanics but still suck, better to offer a few select strategic hints, or simply let them practice until they improve. 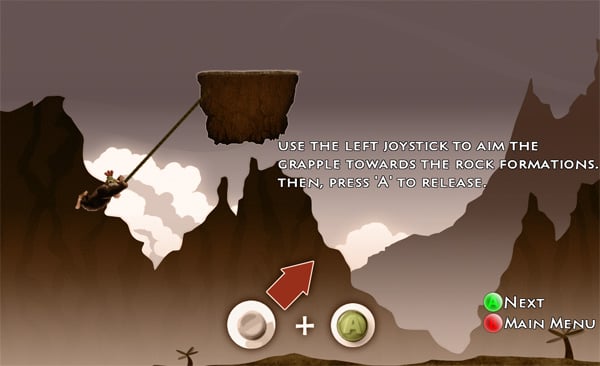 Most gamers are insulted by hand-holding tutorials - Final Fantasy XIII and its endless coddling is a prime example - and will be inclined to stop playing if the game is becoming too intrusive.

A game designer should never determine the extensiveness of an in-game tutorial on his or her own. Wait, what? Wouldn't the person who actually made the game be the best candidate to asset the breadth of the instructional sequences? Again, no. Think about it - game designers have an intimate connection to their title. They know the controls by heart and can probably perform better than all but the most hardcore players. Of the people that play the game, they need guidance less than anyone.

That's not to say game designers shouldn't design tutorials, it's just that they should call upon the help of people who haven't played the game for assistance. A smart designer will have gamers of all ability levels play the game without telling them what to do or where to find help to do it. Only after extensive trial and error will the designer realize what will both allow the casual gamer to pick up the game quickly, and the hardcore gamer to skip unnecessary instructions.

If there is one thing I want to emphasise here - even if I haven't explicitly stated it - it's that all modern games need some sort of in-game tutorial. Digital distribution has sent old standards, like the physical instruction manual, packing. But in order to create a suitable in-game tutorial, the team behind a title must first examine a game's scope, target audience and intuitiveness. Only then should they decide whether to add a simple "How to Play" screen or a full-blown interactive tutorial woven into the campaign.

Related Posts
Game Design
Did you find this post useful?
Yes No
Would you like to provide feedback (optional)?
Cancel Submit
Want a weekly email summary?
Subscribe below and we’ll send you a weekly email summary of all new Game Development tutorials. Never miss out on learning about the next big thing.
Sign up

Robert DellaFave
I'm an aspiring independent game developer, logic nerd and game aficionado. When I'm not writing about, developing or playing games, I can usually be found sleeping. Currently, I act as the Game Designer and Project Manager of Divergent Games. Our team has released five small to mid-sized games for various platforms, and are presently working on a crowdsourced RPG entitled Hiro Fodder: A Blue Hope. For more about the game, please visit its Facebook page, or follow him @DivergentGames on Twitter.
Looking for something to help kick start your next project?
Envato Market has a range of items for sale to help get you started.