by Matteo Sciutteri21 Sep 2012
Length:MediumLanguages:
Business
This post is part of a series called Spaghetti Design.
Spaghetti Design: Being a Game Designer in Italy

Previously, we discovered why it's so hard to become a game designer in Italy, and the secret key to change this situation: passion. Today, we will talk about inspiration and the most common mistake new Italian developers make.

The rain hits the windows. Outside, the winter's wind is howling. A kitten, black with blue eyes, is sleeping on the bed. Everything is quiet.

A man sits at the table working on his PC; he is immersed in the room's silence. You can hear only the noise from the keyboard. The kitten mews. It stretches and jump on the floor and, slowly, reaches his owner. 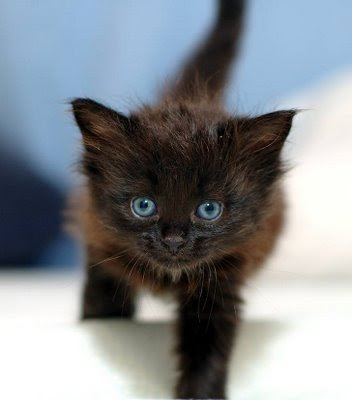 For a moment, their eyes meet. The man smiles, and gets back to his work. He needs concentration. He needs time. Because he has a dream: become a game designer.

From his childhood he has only one passion: to tell stories. He loves to entertain people, with his ideas or his games. He is only sixteen but every afternoon with his friends, or during a party, he is the heart of the group.

In his headphones, Jim Morrison sings: "Can you feel it, now that spring has come? That it's time to live in the scattered sun / Waiting for the sun".

The man, the wannabe game designer, is still working on a plot for an horror game. In his mind, when he completes the game bible it will be bought by a big games company, and he will be famous - the best game designer in the world.

But he doesn't know that the life has a different plan for him.

Through the Looking Glass, what should Alice find? I'm sure it's not art.

The main error that Italian game developers make is to think about video games like art. But, like it or not, a video game is a product. If you are a game developer, your job is to sell this game; nothing else.

Whenever I speak with other Italian developers, they say: "we will create a masterpiece, because our game is art!".

This way of thinking is not sensible; if you consider a game a piece of art, you will fall in a big way. You will start to focus on the wrong elements and you will fail in your goal to make a successful game.

It's a common error for a young guy or a new indie company. It's quite normal (let's be honest, who's never thought like this?). But during the process of growth, generally, the situation will be clear: if you want to be a game developer, a real developer, you must sell your game. So, it's like all other markets: you need a good product, you need a good marketing plan, you must choose your target and you must aspire to break even. It's the first rule.

Conversely, in Italy, game developers talk always about art, and “supercazzola” (it's impossible to translate this italian word; Wikipedia tries to translate it as “gobbledygook” - the meaning is: a lot of words without a concrete sense, just chat so to speak). They talk about this on their blog, in specialized newspapers, during conventions... always. Always.

But... why do they think video games can only be art?

In the modern era products from other countries in Europe or from USA outclass the products from Italy, in budget and resources. For this reason, they try to justify their mediocre works by putting the label “art” or “niche”. Okay, there's the 1% of exceptions (luckily), but the truth is that 99% of the italian entertainment products can't compete in the worldwide market – and these days we can't compete in soccer championships, either!

The same situation is true for video games. If an Italian developer says he is creating art, it is only an excuse for its inability to be competitive. We must be honest, we must look through the looking glass, as Alice.

So you want to be a game designer. You are an Italian guy. You have passion, a lot of passion. And you think about your game as a product, not art. Good. But this is only the first step.

Because before you publish and sell your game, you can't just do game development as a job. You must be like a superhero, with a secret identity. You need a common job during the day and, during the nights and the weekends, you'll have to become a game developer.

Obliviously, the last point is the hardest, because nobody can teach you how you can find a good idea. But I've got a tips for you: get exposed. Like a modern opera, a video game is multidisciplinary thing. You can find good ideas in other pursuits that apparently are not connected to a video game.

If you need inspiration, you must do something strange or different from your normal life. Try to play a new sport, to read a new kind of book, to visit a new place or eat a new dish. Every time you have a new experience, your brain receives new stimuli, and you become a little more creative. Your brain will archive the new experience. And, in the future, it will appear when you need it.

The good news is that, if you are in Italy, you have more possibilities for new experiences than other people.

Italy is a strange country, with lights and shadows – everything in Italy has always two faces. We won four FIFA World Cups and we had the Calciopoli scandal; we have Valentina Vezzali (she has won six Olympic gold medals in foil competitions) and Alex Schwazer (excluded from London 2012 for doping); we have Florence, Venice and other great places for tourism, but we have the Mafia, Camorra and a lot of environmental pollution.

Valenti Vezzali, one of only four athletes to have won five medals in the same individual event at the Summer Olympics.

One of the best things about Italy is the possibility to find totally different places and situations only moving from a city to another. In the same country you can have old city and new city, winter sports and summer sports, mountains and sea, different foods and wines, famous monuments and natural parks. And all this within seven hundred kilometers.

I know, I know: you need time to do new experiences and improve your skills as game designer and work on your first title. So you need help to survive.

We are lucky. We're living in a time with a lot of information to hand: we have the Internet with forums, communities, and tutorials. Try to think of the situation a few years ago, being a game designer without the 'net. It was impossible. Now we can help each other, with our experiences and ideas.

RPG Maker: all game designers must try it at least once.

When I started as a wannabe game designer (in 1998), the Internet had been just launched in Italy. At that time, I used an utility to make games: RPG Maker – a tool for making role playing games like Final Fantasy 6. But, because it was in English and not very easy for a young boy, I looked for help around the new websites that were cropping up. I met a group of players and wannabe developers like me and I founded a community about RPG Maker.

We wrote tutorials and scripts, and we shared all our knowledge. And due to a short demo of an RPG Maker game that I sent to Artematica, two years later I became a real game developer. (Yes, as I wrote in the first article, they took me on as Flash developer, but they gave me an interview because of my short demo).

Now there are more communities than in the past, some communities specifically for game designers. No schools? No problem: we have the Internet. And we can get the knowledge that we need on the road, during our journey to reach our dream.

But this is not all: we need super powers, a partner and a mask (or a cape). In the next part we will chat about that.

Matteo Sciutteri
Game Designer and Master Pizza Eater - Milan
I've worked as a Game Designer for 15 years, traveling around Italy. My career started at Artematica, and then I became Head of Design at Milestone, where I worked for seven years. After a short period at Dreamslair, I started my new adventure as a freelancer. Now I'm the co-founder of Runeheads, an indie dev company.
MasterRPG
Weekly email summary