Spaghetti Design: Being a Game Designer in Italy

I'm Matteo, 33 years old and a normal guy. The funny thing is that I'm a game designer. Why is that funny? Because I'm Italian. Maybe in the UK, France, Germany or Spain it's quite common to know a guy that makes video games for a living, but here in Italy there's only one big game company and a handful of start ups. So, it's very hard to be a game developer in the country of Leonardo da Vinci, Vivaldi and Valentino Rossi.

The Italian people don't think of video games as a real industry. For example, my mom is still convinced that I just play games for a living, and every time I go to see her, she repeats to me "please, Matteo... find a REAL job!". I mean, it's only been ten years that I've had this career.

Italy is an old country, with an old mentality and old institutions, but it's a country full of young people, with a lot of energy. For this reason, I think that the scenario will change in the future. Or at least... I hope it will. 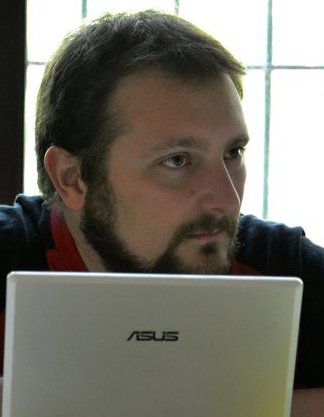 I'm from Italy with passion.

Italy is a country of poets, saints and sailors – but also football players, motor riders, architects and corrupt politicians. (Editor's Note: I'm sure that last comment was meant in jest, as a gentle poke at stereotypes, right?) The question is: why, in a country like this, should a guy become a game designer?

There are no schools, no training and no one really knows anyone who is a game designer. Every time I talk with an old friends about my job the conversation is like:

It's a waste of time to try to explain the role of a game designer. I'm very sad about this: when I was a teenager I thought that a game designer's life would be full of groupies, like a rockstar. Sadly, in real life, if I talk about my job with a girl... she sees me more like Sheldon Cooper.

So, why would I still say that it's a good idea to become an Italian game designer? Because, if you like video games, you must follow your dreams. 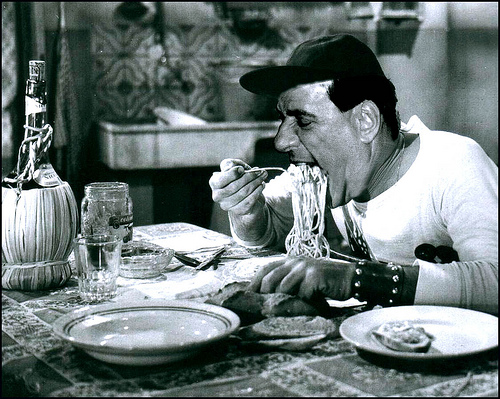 In Italy you'll have a great challenge, but the good news is that you can be one of the proponents of change. You can be the main character of a revolution. But remember: with great power comes great responsibility.

My aim with these articles is to explain the Italian game development scene: a different world with the same dreams.

As I mentioned above, there are no schools and no training for game developers here. And this is not the only obstacle, unfortunately.

For example, you have few companies you can send your curriculum - and in the 90% of those cases you will not receive a response. It's the Italian style, guy. Nobody will answer to you if you haven't a demo or a game to show them – in their mind to become a game designer you must already be a game designer!

But you don't need a company to become a game designer in Italy. Thanks to the new market (mobile and Facebook games, for example), you can create an indie game with a couple of friends. It's not simple; you must put into this project all your free time, your energy and your passion.

I talked about following your dream. Outside Italy, becoming a game developer may be a job like others, but inside it's a real mission impossible. So, put on your sunglasses, load your gun, and... good luck Ethan Hunt!

History of the World

To understand why the Italian scene is the way it is, I have to explain the history so far.

A long time ago, there was a good game company in Italy: Simulmondo. It worked on platform-adventure games for the Amiga, based on Italian comics like Dylan Dog and Diabolik.

From the ashes of this company, Milestone and Artematica were born. The first made a lot of great racing games (Screamer, Screamer Rally and the Superbike series for EA). The second tried to follow Simulmondo's style, continuing to make adventure games based on comics. 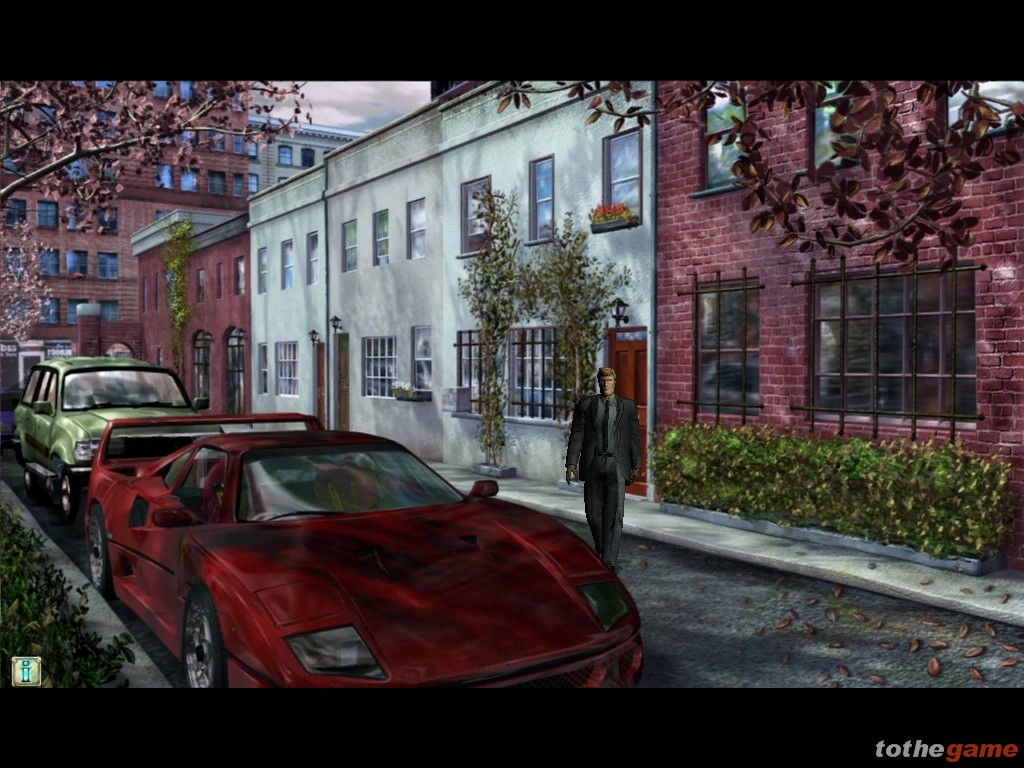 There was also a third company, Trecision, that in the 2001 was the biggest company in Italy. But, year after year they changed, closed or reduced their ambitions – because nobody wanted to invest money in the Italian video games industry in Italy.

Now, in 2012, only Milestone remains, working in the console market. But, there are other new companies: a lot of indie and small teams around Italy, from North to South, that want to revolutionize the scene.

So, try to imagine: you are an Italian guy. A guy not very skilled with football – you are not Balotelli. You like video games. Are you screwed?

No. There is a trick, a Jedi trick to become a game designer. I know more than ten Italian guys in the industry, and all of them used this trick: passion.

If you can't rely on the schools or on big companies, you must work very hard, even harder than you would in another country. But with your passion... you can do anything. Let me share two different stories to illustrate this.

The first is about a guy that like bikes and video games - racing games, specifically. When he was very young, he sent a CV to Milestone. He got a job as a tester, but he used all his knowledge about bikes to suggest changes and improvements for Superbikes Riding Challenge, when it was nearing the release date without good handling controls.

He worked many nights to re-tune the handling, and one day he finally showed his work to the team. It was a real good job (I was there). To be honest, he's the best guy that I know in his job. He can feel the bike with only a pad in his hands. 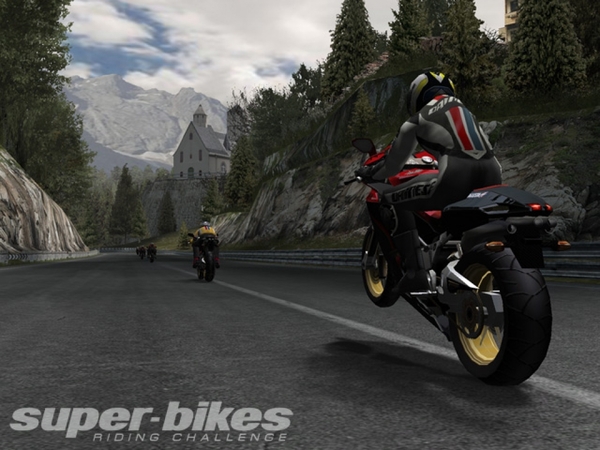 Now he's the Head of Game Designers in Milestone – and with his team he still works on racing games for Xbox 360 and PS3.

The second story is about a guy that left school before graduating, to work as bricklayer. But inside him, he loved video games and every night he wrote one hundred ideas in his notepad. After the boom of the Web in Italy (1998 – yeah, always after other countries), he became a web designer. He studied Flash and the primitive early ActionScript language, and after two years got a job at Artematica, as a Flash developer.

But his passion for game design was too strong. Back then, Artematica worked on an adventure game with a very weak plot (I'm sorry Artematica but it's true). During a night, he rewrote the entire plot, and... he became the Game Designer of the studio. After that, he joined Milestone (first as a Game Designer, then as a Lead Designer, and then as the the Head of Game Designers), and now he's the Game Designer Manager in a young start up, DreamsLair.

That second guy is me.

Two different stories, teaching one lesson: passion can do everything. But it's not the only element - you need other skills to become a game designer in the country of Roberto Baggio, Roberto Benigni and Roberto Saviano. Want to hear more?

Matteo Sciutteri
Game Designer and Master Pizza Eater - Milan
I've worked as a Game Designer for 15 years, traveling around Italy. My career started at Artematica, and then I became Head of Design at Milestone, where I worked for seven years. After a short period at Dreamslair, I started my new adventure as a freelancer. Now I'm the co-founder of Runeheads, an indie dev company.
MasterRPG
Weekly email summary