Quick Tip: One Great Game Is Better Than Two Good Ones

Sid Meier. If you’re reading anything on this site, you probably already know who this man is. He's one of the biggest names in game development, has been making and releasing games since 1982, and is best known for the Civilization series. In this Quick Tip, we'll look at what we can learn from a quote of his regarding his 1990 game Covert Action.

Rather than cutting anything out of the quote, I'll present it here in its entirety:

"The mistake I think I made in Covert Action is actually having two games in there kind of competing with each other. There was kind of an action game where you break into a building and do all sorts of picking up clues and things like that, and then there was the story which involved a plot where you had to figure out who the mastermind was and the different roles and what cities they were in, and it was a kind of an involved mystery-type plot. 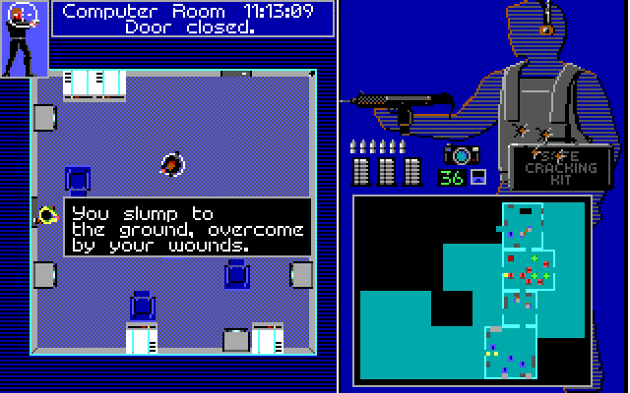 "I think, individually, those each could have been good games. Together, they fought with each other. You would have this mystery that you were trying to solve, then you would be facing this action sequence, and you'd do this cool action thing, and you'd get on the building, and you'd say, "What was the mystery I was trying to solve?" Covert Action integrated a story and action poorly, because the action was actually too intense. In Pirates!, you would do a sword fight or a ship battle, and a minute or two later, you were kind of back on your way. In Covert Action, you'd spend ten minutes or so of real time in a mission, and by the time you got out of the mission, you had no idea of what was going on in the world. 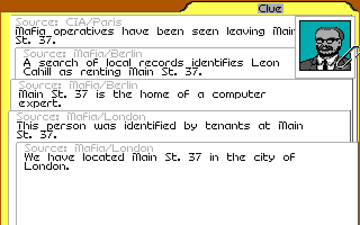 "So I call it the 'Covert Action Rule'. Don't try to do too many games in one package. And that's actually done me a lot of good. You can look at the games I've done since Civilization, and there's always opportunities to throw in more stuff. When two units get together in Civilization and have a battle, why don't we drop out to a war game and spend ten minutes or so in duking out this battle? Well, the Covert Action Rule. Focus on what the game is."

What Does This Mean?

At face value, what it looks like he's saying here is to keep your game streamlined, focus on the most interesting part of your game, flesh it out, and cut the rest. The player isn’t particularly interested in how many different gameplay types you manage to fit in to your product, they are interested in the enjoyment they get from those pieces as a whole. What this rule initially seems to call for is single-faceted games, where a singular mechanic or gameplay style carries an entire game.

If you think about it a little longer, though, you can see what he’s really saying here is to keep your game focused; to find what the driving factor behind your game is, and focus on that. This notion is not necessarily related to the idea of a single-faceted game -- in fact it seems modern triple-A gaming has taken to challenging the Covert Action rule at every opportunity.

Many popular games released today contain many "games" in one package -- from Borderlands, a game combining first person shooting with traditional RPG-style loot, levelling and questing systems, to the Mass Effect series, which expertly combines third person cover based shooting, traditional RPG-style loot, levelling and questing systems as well as a dating sim and wraps it all up under an epic sci-fi tale filled with player consequence and branching plotlines.

All of these games look like they’re breaking the Covert Action rule, as they clearly focus on many disparate gameplay elements. However, under closer scrutiny, they follow the rule to a tee. Neither of these games ever lose track of the primary element driving their respective games forward. The shooting in Borderlands never becomes too difficult or too complicated to overtake the addictive loot and experience grind the game is centered around, and everything the player does in the Mass Effect games makes sense within the context of the narrative and only ever serves to make the player feel like an organic part of the world they are participating in.

It's Not Easy Being Lean

Unfortunately, and this is where most developers falter: doing this kind of thing is very difficult and requires incredible expertise, foresight and most importantly, time and resources. Too Human shows clearly what happens when the Covert Action rule is challenged, with disastrous results.

Too Human was very similar to the Mass Effect games in that it was supposed to feature a deep and interesting narrative, strong action gameplay and an addicting loot system. For whatever reasons (the game had a long and troubled development) although the final game did contain these three elements, none of them were done very well. The developers put too much in the oven and everything came out half-baked.

Hopefully you’ve learned a little about Sid Meier’s Covert Action rule and can see how it’s something that’s important to think about in your own projects. For another take on this rule, as well as four other of Sid Meier’s development rules, check out Soren Johnson’s article on the subject. Thanks for reading!