I spent nine months working on Olly Low Poly And The Zombie Tower, an iPad game written in Unity, writing all the code and making all the artwork myself. It was hard work, and sadly it didn't really pay off. But it was worth it! In this article, I'll share what I learned from making this game.

Olly Low Poly And The Zombie Tower is an arcade game about a girl whose plush friends were kidnapped by mysterious forces. She must climb five towers divided into 50 levels and win five boss battles to defeat ultimate evil, save her friends and save the planet. There are 16 types of zombies, five super-powers to help Olly in her quest and five bonus games to help Olly relax when she is tired.

The main game mechanics are based on two ideas: Olly can not jump and she can only kick zombies in the back. This means the player needs to think tactically, planning next move - otherwise they might end up in a trap or getting killed by zombies.

You can buy the game for iPad on the App Store, download it for Mac or PC from the official website, or try a cut-down web version. Check out all the assets on the game's Behance page, too!

Where the Idea Came From

It is all started with two words: tower and zombies. There was no Olly, only "someone" killing zombies and climbing a tower. I wanted to create an experience close to Jackie Chan movies, a game where you need to think and act fast depending on the situation. Also I wanted it to be a zombie game without guns, for a change.

Why I Picked This Graphical Style

I'm not very good at 3D character modeling and animation so I decided to try super-simple low poly graphics first and see if they would be enough to tell the story. And it was more than enough.

The average polygon count for Olly's characters is around 200 polygons; the simplest Quake 1 character consisted of 400 polygons, if I'm not mistaken. For me it was like using pixel art - not only are those characters easily recognizable, but they also hold a great deal of personality.

As for the colors, proportion and textures, this graphic style is just me - I never had to really choose anything, it was all very natural. So when people say they like how this game looks it is actually very pleasant to hear because it means they understand this part of my world. I feel connected!

Judging by feedback, the graphical design, character design and animation definitely went right. Even Adult Swim was interested in the game after they saw video footag. 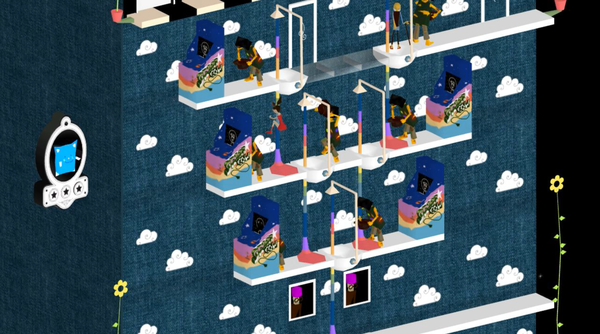 Sound work went totally right, we recorded all sounds ourselves and very proud of it because the game sounds great! Story went right, too - thanks to my wife, Olly holds a very simple but great story.

Coding went right, I think; I studied very basic C++ at Uni and I was worried about whether my knowledge would be enough to finish a project of this scale. I did finish the project, learning 70% of the coding skills required on the go, and I'm pretty happy with how the finished code turned out.

I like to think the name was a good choice - it's catchy enough and justifies the simplistic graphic style of the game. Bonus games went right, too, according to some people. (They were probably too simple for some other players though.) Level design seemed to be well received as well, at least by gamers who like challenges and visual madness.

I took my notebook and we (my wife and I), knowing the basic concept of the game, started to fantasize about the story, worlds, enemies ect ect ect. You know.. the Unleashed way!

Well, I did manage to bring everything we fantasized about to the final release, but I can't stress enough how hard and needless it was! Olly is a huge game with tons of content. Every character holds 1000+ frames of animation, every world consists of huge numbers of objects - some of which are interactive - plus there are minigames, boss battles, 50 levels, and superpowers. 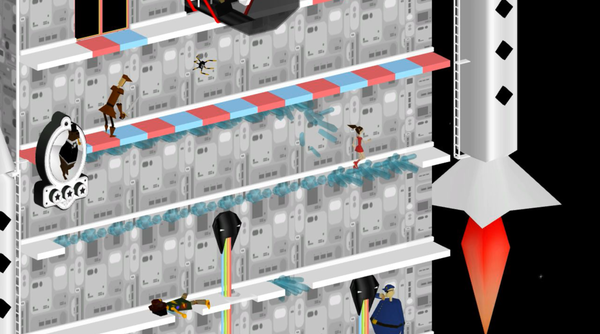 The scale of the project is close to some AAA titles, but most people will never see 99% of this content. And that's because of... 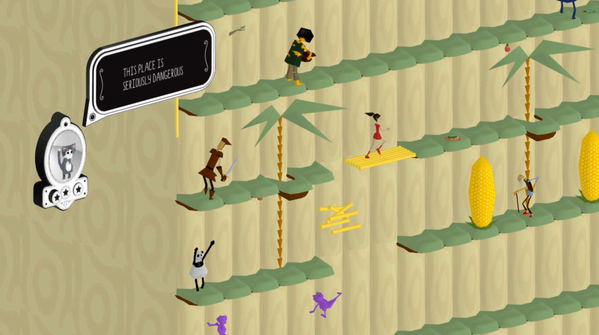 For a non-AAA game with not-so-innovative gameplay I can hardly imagine how someone will justify that difficulty to himself. Olly will give you tons of fun as soon as you master controls, but mastering the controls is really hard and probably not fun at all. Besides, most people are looking for fun right from the first moments. So yeah, the learning curve is all wrong.

Honestly, I could stop here because if the gameplay fails then nothing really matters any more. However, somehow I managed to fail at some other very important moments...

I actually have 12 tracks of great music ready for the game but I decided not to include them - partly to reduce the download size and partly because on hard levels music is very distracting. (We found that all testers turned it off eventually.)

However, a lot of players found it strange that there is no music in the game. So it is always better to include music by default and give people option to turn it off what they need it.

(Wait, there is no music in Angry Birds, right? Right? Hmm.)

I failed to deliver easy-to-learn controls. Just as in the desktop version, on iOS you need to master the controls before you can get real joy from the game.

Also, I failed to port it properly to the iPhone - a lot of people complained that the font was too small. At first I planned to move camera closer for iPhone version so people could read the text easier, but as it turned out some levels became insanely hard because you couldn't plan your actions any more due to not being able to see as much of the area.

I should have redone (and simplified) a lot of the levels for the iPhone... But I didn't.

I only told the world about my game when it was almost finished - no developer diary, no nothing. I did create a gameplay movie and a promo movie, and I think these helped, but still I'm no PR guy and I have no idea how to advertise my game properly.

I think that, even with the hard gameplay and without music, there is more than enough content to call $0.99 a fair price for my game; I'm sure that if I were a better salesman I would have sold more. I will not tell you how many copies I sold because the number is rather embarrassing for 9 month project.

I had my chance to turn it into real gold when Adult Swim contacted me and said they are interested in publishing my project. But when they played the actual game they said it was too hard - although they loved the look, and they would like to see my next project. I guess this is best thing that happened to the project. At least there is a hope for my next game to have proper PR with help of professionals like Adult Swim.

What I Would Do Differently Next Time

My next game is going to be more innovative. Before I start doing anything, I will first find some original game mechanics.

Next, I will create a very simple working prototype and let people play it - from an early stage. Only after I know for sure that the gameplay is satisfying and that there is potential will I think about how to fill the game with content, not before.

I will also make the next game much simpler. Easy. Fun. Understandable. Friendly. Easy to learn. And I will aim for iOS from very beginning.

Oh, and there will definitely be music in the game. And Facebook integration.

What I Would Do the Same

I will do everything myself, without any programming/designing help. Design will still be low poly, and the game will still look good. There definitely will be a good portion of madness and humor in the game.

I will again make a game that I would love to play myself, which will use both your brain and your reflexes. And, of course, I will have a lot of fun during the process.

So I spent six months of my evenings (on top of a full-time job in a motion design studio, sleeping three or fours hours a day) and three more months of my free time creating this game. I "met" Adult Swim. I went through whole "Approved by Apple" process. Some people actually loved the game. I've gained goodness knows how many level-ups in programming and game development, and been featured in a couple of places. I believe more in myself now. 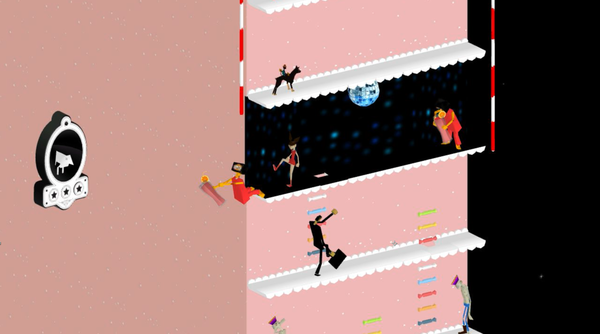 The biggest lesson l learned is that the good old KISS motto (Keep It Simple, Stupid) applies just as much to game development as it does to graphic design, interface design or programming. Also, I learned that in game design the hardest part is finding the right idea, making it work and selling it. Designing, animation and programming is definitely the easiest part.

Last but not least, I found that the amount of time and effort you put into your game is not a predictor of how good or successful your game will be. In the future I will definitely aim for something easy to create and fun to play.

Was it hard? Insanely! Did it work? Not really! But was it worth it? Absolutely!!! Making games = true happiness!