How We Dealt With Cheaters in Our Turn-Based MMO Game

Cheaters, griefers and trolls can ruin your game. The bigger your game, the more likely you are to face them. Although they are just trying to have fun like everybody else, they do that by negatively affecting the whole game. Suddenly your creation becomes a living nightmare. Read on to find out how we dealt with this problem in our turn-based MMO.

My former game development company created a browser game called Ryudragon in 2004. It was a turn-based MMO where each player has to manage a Japanese feud during the ancient Feudal age. The player's main objective was to evolve his feud, training workers to create a strong economy and soldiers to stand and fight the other players. Players were arranged in groups of 10 (called "clans"). The clan members were the only feuds the player could not attack. 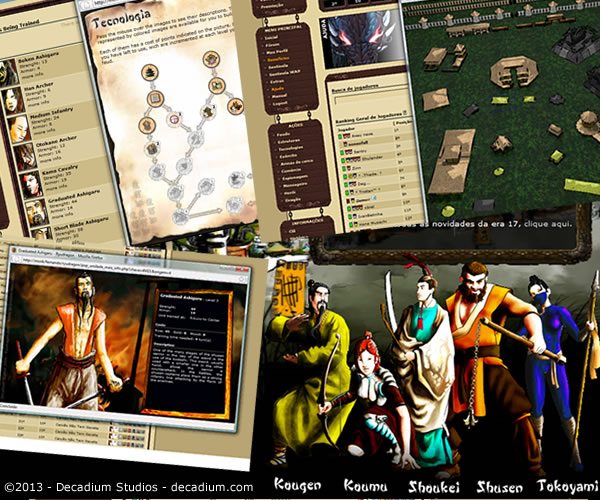 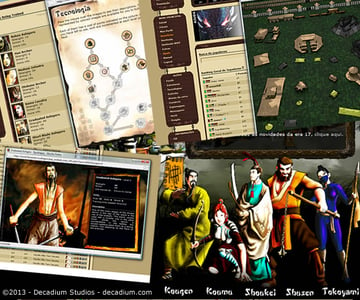 Ryudragon remained active for seven years with an average of 3,000 players per season (or "era", which lasts for two months). It was a well-known game in Brazil and part of UOL games, one of the largest Internet portals in the country.

I worked on Ryudragon during those seven years and I experienced all kinds of cheaters, griefers and trolls. This article shows what I've learned. 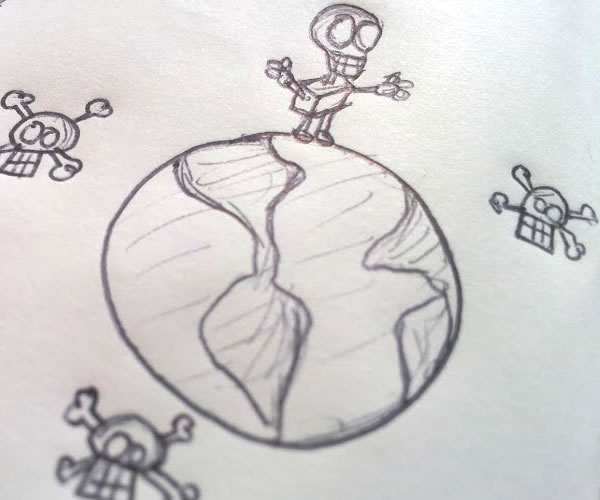 Before fighting against cheaters, griefers, and trolls, you must understand them. Are they really enemies? Is that a problem? Why do they do what they do? Am I being punished? Believe me when I say those questions flashed into my head every single day during those seven years.

Below are some thoughts and facts I distilled.

The "Bad Guys" and the "Good Guys"

Cheaters, griefers, and trolls (CGTs, for short) have peculiar characteristics. Trolls like to post and exchange messages to cause confusion, anger, and disorder. Griefers are players that use any game glitch to annoy other players. Cheaters are the ones using glitches or illegal actions to gain benefits (items, tactical advantage, and so on). 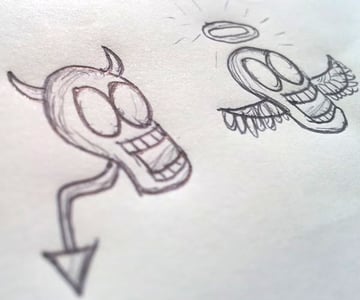 The bad guys and the good guys.

In the end they are all players. Very often CGTs are hardcore players that really like the game, but they like it so badly that they can't stand losing or seeing someone better. (Editor's Note: I can't help thinking of Bartle's Player Types here.)

The virtual environment gives those players the power of anonymity, which leads to extremely intense emotion. I've met Ryudragon CGTs in person and they were very different from their virtual selves: they were calm and could talk gently.

It's All About Reputation

A player tries to cheat because he wants to stand out in the crowd. Players are extremely competitive and, at some point, the will to win and beat the others is so strong that it blurs the line between good and bad. They don't cheat because they hold pure evil within - it's silly to believe that.

Players will cheat to score/collect/beat/overcome more so they can tell their friends how good they are. You can remove scores and any comparative measures from your game to avoid CGTs, but bear in mind you are removing part of the fun as well.

Tip: If you have CGTs, then your game is probably good, because it's worth it spending countless hours to cheat it.

A Necessary Evil, Deal With That

You can't avoid CGTs. Period. They are part of the system, you have to deal with them. I've noticed that all players want to cheat (to some extent), but no one can know about it. 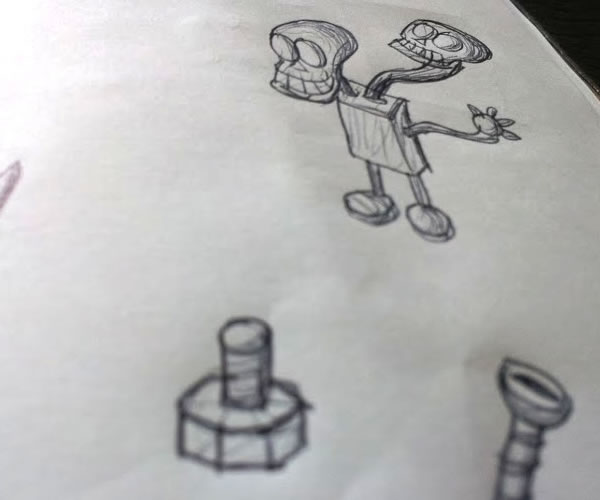 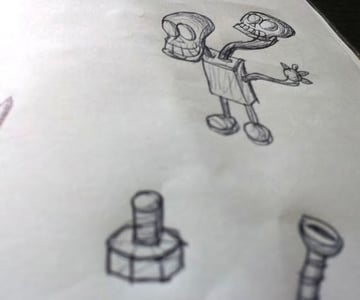 A necessary evil: deal with that.

Even though a player is not trying to cheat, he is always trying to improve his character, guild, or clan. As a consequence, if he identifies an unusual game behavior that can be used for his own good, it will be used. If that behavior is not a glitch (or is a soft one), than it can be used.

Players will be happy to use that "exploit" knowing that all other players don't know about it. That's some sort of gamer's philosophy: the longer you are in the game, the better you know it and can make it work for you. You must fight cheaters that unbalance the game, the ones breaking too many rules and using glitches to gain extremely unusual benefits.

How Can You Deal With This?

Even though some CGTs' aspects are positive for the game, many other aspects are not. They can make your game fun only for CGTs, which will make all other players (the fair ones) leave. Check below how you can fight those bad aspects.

Set Up a Community Forum

This one is hard. A community forum is a place where all players can go and say anything they want, good or bad. You must be prepared to read things you will definitely dislike. Comments can be mean, specially when they are aimed at your hard work.

If you can afford to keep someone to read the forums, filtering all the noise and reporting back to you, do it! 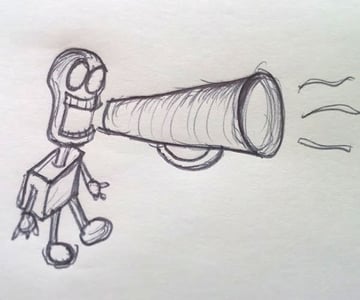 A community forum is great because when something is going wrong (or someone is doing something wrong) players will notice and share that with friends first-hand. There was a bug in Ryudragon that caused a player to jump from the last page to the first place in the ranking, all of a sudden.

It didn't take us long to notice that problem, because the forums were on fire that day!

Respecting privacy and making it clear to the user, track who did what and from where. We used to analyze IP addresses, locations and cookies to identity cheaters. They used fake accounts to help the "official" account to succeed. 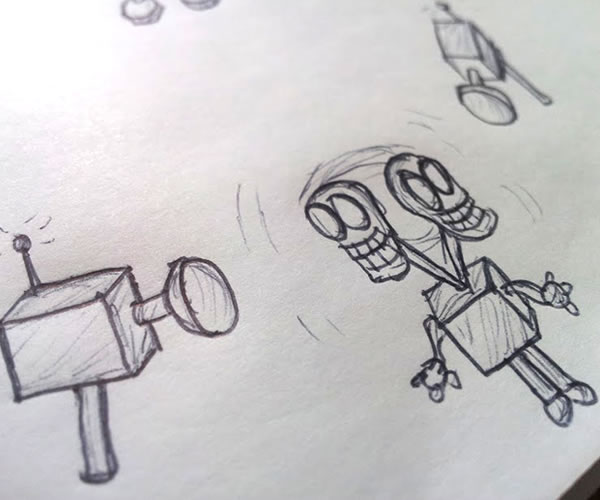 Using the tracking logs, you can identify patterns, allowing the identification of softcore and hardcore players. Based on patterns you can monitor a special group of players with suspicious activities, just like cheaters or "almost cheaters".

If you track a lot of information, you will be swamped by data. At the beginning we did manual analysis of key players (the best ranked ones), but it quickly became tedious and time consuming.

The solution is to create some sort of automatic inspection of important data, such as the game ranking. It helps you identify cheaters automatically.

Using Ryudragon's information of past eras, we knew the exact maximum amount of gold, rice and wood a player could have at any point in the game.  If something strange happened suddenly, the automated analysis would let us know.

It's not normal to play a game for ten or more hours straight. At the beginning of Ryudragon we didn't monitor that, so a few players developed a bot to watch their accounts.

The requests were identical to real players, so we could not track or identify the bot.

We decided to implement a CAPTCHA verification to fight that. After one hour of uninterrupted gameplay the player had to input a number, so we could verify he was a real player, not a bot. It really annoyed all players, but we never spotted "zombie" accounts again.

Some player will identify bugs/exploits and will report them immediately. Be there to listen to and to react as soon as you can!

I've seen many patterns here (discovered the glitch, used it once; discovered and claimed it was never used; and so on). Sometimes you can't tell for sure whether a glitch was used (if you could, it would not be a glitch).

As a consequence, we never punished a player that reported a bug. Sometimes we could identify what a glitch caused and we could undo it, but we never suspended anyone or reset any accounts.

We gave nothing in exchange either. It created a culture of bug reporters are nice and help the game. Being nice to the game is priceless for the player within the game's community.

Tip: Background-check any bug reporter. A common behavior we identified is that cheaters tend to frequently use the support systems (tickets, forums, and the like). They are so obsessed with trying to succeed that anything unusual in the game (that was not caused by them) must be addressed by the admins immediately.

The ultimate truth I've learned during those seven years: there is no such thing as cheater-free. At some point during Ryudragon's life, we decided to make the game as clean as possible, so we implanted several security measures (including a Java applet to check authentication). The result? About 40% of paid users left the game.

Pay attention to cheaters, but don't be a peacemaker.

If you fight cheaters, griefers and trolls so hard, it will affect all the other players. You will add protection barriers that will make the game feel slow and boring, which will scare away the good players. Fight the "bad guys", but don't upset the vast majority of the players.

At some point in the game maintenance, the code will become stable and the team will tend to avoid adding new features with great impact. It happens because the bigger the change, the bigger the bugs will become, resulting in more glitches and cheaters. If you think like that, the game will stagnate and players will start complaining about lack of new things to do.

I hope my experience dealing with that problem can help and give you ideas to make your game a better place. Thank you for reading and don't forget to keep up to date by following us on Twitter, Facebook, or Google+.