How to Fund Your Games By Creating and Selling Game Assets

I've been selling assets on the Unity Asset Store for two years, and I use a portion of the earnings to fund my current game's marketing budget. In this tutorial, I'll show you how you can do the same!

What Are Game Assets?

Game assets include everything that can go into a game, including 3D models, sprites, sound effects, music, code snippets and modules, and even complete projects that can be used by a game engine. Here's a list of examples:

This means that, if you make games, you can sell some of your work as assets—whether you are a coder, artist, game designer, or music composer. Some people make a little extra money doing so, some are able to fund their games entirely, and others make a full living just selling assets.

Where Can You Sell Assets?

These are some of the most popular sites that allows you to sell your assets:

How to Make an Asset Pack That Sells Well

First of all, if you are new to the game development world and you're still in the process of learning, don't jump to selling assets. Keep learning and take your time, because whatever you create while still learning is likely already to be available, and usually for free.

If You Are a Designer or Artist

You might have already created a lot of  2D or 3D designs, but make no mistake: that doesn't mean you should just package whatever you have created and try to sell it. First, you have to take a look at the market, which is already crowded with sprites and models of all types—characters, environments, vehicles—many of them available for free. Don't create some trees or zombie models and expect them to sell.

For example, suppose you came up with an idea for a cool 2D character. Okay, let's see how you can sell it. The key here is variation. Customers are always looking for different types of the same thing; to attract buyers, you need to include few animations for this character: walking, running, jumping, giving damage, taking damage, crouching, and so on. You need at least to include the basic animations that are commonly used, but adding extra ones will increase your chances to sell this asset to more people.

But that's not really enough. Why not create a pack of these characters, with same style and same animations for each one. Maybe three or four characters, or one character with variations: different clothes and accessories. If you were a customer looking to add characters to your game, you'd definitely want them to be the same style with all the animations you need, right?

Another example would be an urban environment pack. If you just created a few building models and are ready to sell them, then why not include a few textures for each building which will allow the customer to create a rich environment? You can also include some extra models, like street signs and roads. Make a full, high-quality city construction pack; it will take some time, but in the end you'll be surprised by the number of customers you'll get. Customers are always looking for assets that include different types of the same thing.

Below is a screenshot from a popular Unity 3D art asset called Village Interior Kit, developed by 3DForge. The package contains 2288 meshes, 2626 prefabs, and 81 particle effect prefabs, and only costs $60!

If You Are a Composer

Game developers can get high quality sound effects and music loops for low prices and even for free. Therefore, you need to work on full audio assets that include a variation of sound effects for every action.

For example, if creating a set of audio assets for a sci-fi game, make sure that you include all the sound effects that are likely to be needed, like explosions, weapons, collisions, and even opening and closing doors.

As for music loops, an asset including 10 to 15 loops of the same genre is ideal for your customers, because it will allow them to use your audio assets for their entire game.

If You Are a Coder

As a coder, you are tied to the tools and platform you are working on, like Unity or Unreal, and these already have a lot of assets in their respective stores. So, unless you have some incredibly awesome ideas for a new scripting asset, don't create it and expect a lot of sales.

Many scripts that are available on the Unity Asset Store aren't available on the Unreal Engine marketplace, and vice-versa, so it might be a good idea to look at what's popular on one of the stores and create something similar for the other platform, if it doesn't already exist.

You should also look for something that solves a problem that many new users face in the game engine you're working with. Below is a screenshot of S-Quest, one of my assets on the Unity Asset Store. This asset allows you to create and customize quests for your games through code, which saves the time for many developers and allows them to add quests, quest logs, an objectives bar, and a player experience manager to their games easily.

How to Set the Right Price for Your Packs

Now that you've finished making your asset—or even if you're still working on it but have a clear idea on what it will include exactly—it's time to give it a price.

Creating assets requires a lot of time and hard work, but they always cost less than their real value. For example, suppose you've just finished a city construction kit with high quality 3D models for roads, buildings, and street signs, and some additional textures. I'd say it shouldn't go above $80, maybe $100. (I came to this number by checking similar and popular assets in the market.) Yes, I know that's not the real value of such work and you're probably thinking that you can get its real value by doing freelance. But in freelance, you're doing all that work for one customer, who'll pay you once, and you can never sell that work again. If you're releasing it as an asset, however, it can generate more revenue in the long term because that asset will be available to unlimited potential buyers who will be attracted by its low price relative to its high quality content.

The price you pick also depends on other similar assets that are available in the market; I recommend always going a little bit lower with the price of your assets than the other assets that offer similar content.

The most successful asset I released is S-Inventory, which includes an inventory system, an equipment system, a vendor system, a crafting system, a containers system, and a skill bar system for Unity, all in one. It only costs $15. If the price were higher, I don't think it would sell well and compete with similar assets in the store.

How to Provide Good Customer Support

As an asset developer, you must be active most of the time to provide support for your customers. (This is especially true if you're selling scripting assets or complete projects for a specific game engine, because then you'll be dealing with a lot of users who are new to these engines and will ask not only how to customize your assets to their needs, but also often questions that are not really related to your assets. If you can answer, they will really appreciate it.)

I'd say you should always answer your customers in less than 24 hours. Maybe assign one hour a day to handling these support requests. Use e-mails and even Skype calls or Teamviewer sessions to help your customers, and inform your customers if you are going inactive for some time so that they don't assume you've abandoned your assets.

If your asset has a bug or a problem, a customer will quickly reach out to you and report that issue. Don't start by fixing the problem, as this might take some time (particularly if it's a serious problem), and don't leave the customer waiting for an answer. Instead, instantly answer them, thank them for finding the bug, and let them know that you're looking to find a solution, and how much time you expect it will it take you to fix it (hours, days or even weeks). Replying quickly to your customers will make you a responsible developer and will earn you a good reputation—assuming you follow up with the fixes!

Some customers will be loaded with suggestions requesting changes and improvements in your assets. You always have to consider their suggestions carefully. If you believe that ithe request would improve your asset for the majority of its users, then it's worth adding it. If you believe that it just serves that one customer, however, then you could simply deliver this new feature to them (if it's not too much work) without publishing it in your asset.

Pushing regular updates is also another sign that proves you're an active developer, which helps make customers comfortable with buying your assets, since they know that you'll be there to help them if they face problems using them.

What to Do About Reviews

Most people rely on reviews when they make a decision of whether or not to buy any asset. Even if your asset is great and satisfies all of its buyers, don't expect them all to write a good review, or even to rate it; only a few of them will likely take the time to do that.

There is a way to ask your customers for reviews. When you finish answering their questions, fixing a problem, or handling a request for them regarding your asset, they will generally be very thankful and overwhelmed. Just ask them to consider rating and reviewing your asset at that time. Aside from complimenting your asset and all its features, they will also likely point out the great customer support that they you provided. That way, you make your customers' lives easier and, in return, they help you to get more sales.

Note that, if your asset doesn't offer what you promised in its description or screenshots, then every single customer will take a part in taking it down by writing long, bad reviews warning other users not to buy it. At that point, it might be too late to even update the asset and fix it.

To sum up: creating successful game assets which end up being a decent source of revenue requires you to be original, offer variation, price for the market, and take responsibility when dealing with customers. 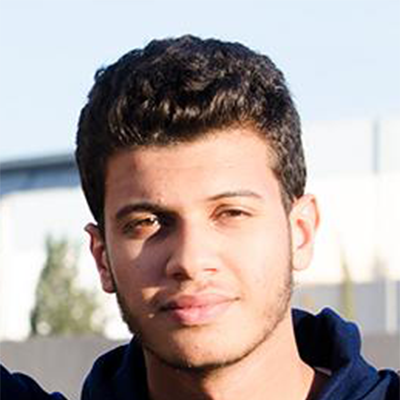 Advertisement
Looking for something to help kick start your next project?
Envato Market has a range of items for sale to help get you started.