How Game Developers Can (And Do) Support the LGBT Community

In 2010, a string of high-profile bullying-related suicides of gay school students prompted teenager Brittany McMillan and US organisation GLAAD to create Spirit Day: an annual show of support for LGBT (lesbian, gay, bisexual, and transgender) youth who are victims of bullying.

Sadly, the 2010 suicides that prompted the founding of Spirit Day were not isolated events. In 2014, 17-year-old Leelah Alcorn—a transgender girl with an interest in both gaming and game development—took her own life after her parents refused to accept her identity and forced her to go to "conversion camp". In her suicide letter, she stated, "My death needs to mean something."

The news of her death spread and, as in 2010, people around the world rallied to show their support for LGBT youth. One pair of indie game developers organised JamForLeelah, which they described as a trans-positive game jam, saying that "an indie game jam felt like a possible way to raise awareness for Leelah's plea for social change, in a method she may not have only approved of, but also taken part in."

In the guidelines for the jam, they note:

Even with exposure to trans issues, it can be difficult to navigate what is and isn't offensive, and how best to illustrate certain concepts without being within the community itself [...] We highly recommend that you reach out to the community and collaborate with the many transgender voices which exist.

Check out what else Envato is doing to celebrate Spirit Day across the network! 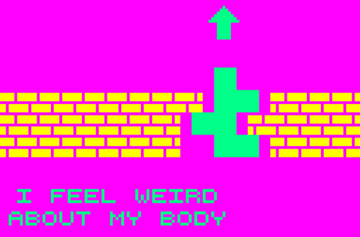 A journal game about the six months of my life when I made the decision to begin hormone replacement therapy.

A cactus searches for someone to hug in a light-hearted journey across the desert.

The Hunt for the Gay Planet

i've been saying for a while now that supposedly lgbt-friendly game developers like bioware only see queer people (lgb people, at least) as consumers. nothing could make the point more clearly than bioware’s decision to add gay romances to star wars: the old republic – on a single planet in the galaxy, which players have to pay for the privilege of visiting. pay to enter a dystopian future where queers are exiled to a far-off, backwater planet!

One is an abstract puzzle game about desire and homosexuality.

Supposedly home to hungering demons and a beast that would destroy the village, the forest is forbidden and nobody knows what's on the other side. However, our hero's beloved—tired of the oppressive attitude of the villagers—decided to go there, as anywhere would be better than home. Now it's your turn to follow after.

Many of the above games were made during game jams whose theme or purpose revolved around LGBT issues. The home pages for these jams therefore include even more examples of such games, as well as tips, help, and support for those wishing to make some of their own:

There are many games that could be included here; I will cut this list down to just four.

Dominique Pamplemousse in "It’s All Over Once The Fat Lady Sings!"

The main character, Dominique, is frequently misgendered throughout the game. Dierdra Kiai, the creator of the game, has said of this:

In a regular game the detective would be coded male in a lot of ways, the hard-boiled detective, and the femme fatale, to contrast. But it doesn’t have to be that way. There could also be a woman detective. The categories of ‘man’ and ‘woman’ are so limiting too.

The Last of Us

The Last of Us was one of 2013's most popular Triple-A PS3 games, with high critical acclaim across the board—including from GLAAD, who praised the depiction of Bill:

One of the characters the player encounters over the course of the game is Bill, an unstable loner in the town of Lincoln with a talent for fixing things. Through dialogue and backstory, the player learns that Bill once had a partner named Frank who he loved, but the plague drove them apart and led Frank to a bitter end.  Both helpful and contentious, Bill is as deeply flawed but wholly unique a gay character found in any storytelling medium this year.

Like Christine Love's previous game don't take it personally, babe, it just ain't your story (and arguably Digital: A Love Story), Analogue: A Hate Story is a thought-provoking interactive novel which deals with (among other things) LGBT themes.

GLAAD gave Dragon Age: Inquisition a Special Recognition Award for "the many complex and unique LGBT characters prominently integrated throughout the game". This article from The Daily Dot explains why Dragon Age deserves this:

What really sets DA:I apart though, are the handful of major LGBT characters it features that actually hit the full spectrum of L, G, B, and T. Three of these—Sera, Dorian, and the "Iron Bull"—make up a third of the playable in-game companions the player can take out on adventures, and each has a strong personality and rich backstory waiting to be uncovered.

I also recommend reading On "The Gay Thing", by David Gaider, who wrote for previous Dragon Age games:

We make roleplaying games, which means that the character you play doesn’t have to be yourself, but I believe there’s an element where having a game acknowledge that you exist can be validating in a way most people never consider—no doubt because they have no need for validation, and thus no knowledge as to what the lack of it can do to someone.

Talks and Articles About LGBT in Game Design and Development

The annual Game Developer Conference (GDC) often hosts talks relating to LGBT issues. Take a look at How to Subversively Queer Your Game and How to Be a Better Ally in particular, and the Advocacy track in general.

QGCon (the Queerness and Games Conference) is another annual event, but unlike GDC, it is specifically focused on "exploring the intersection of LGBTQ issues and video games".

All previous talks are available on their website; a good place to start is 2014's Queerness and Video Games: A Crash Course:

If you've ever wanted to learn the basics of video games, the games industry, game studies, or queer studies, we've got you covered.

GaymerX is an annual convention; unlike GDC and QGCon, it's focused less on game developers, and more on gamers of all stripes. As they put it:

We focus on creating a fun and safe space for gamers and gaymers of all identities to have fun and hang out with like minded folks. GaymerX is a “queer space”, in that many of the panels revolve around queer issues or queer devs, but GX3 is made for everyone and everyone is welcome!

Although the convention is aimed at gamers, many of the panels are relevant to game developers. For example, here's BioWare's 2014 talk on Building a Better Romance:

(See also this great write-up of the above.)

There are a lot of lessons to be learnt from other media here, of course. Writing Gay Characters (linked from the last article in that last) is a good example to start with.

Gaming in Color is "a feature documentary exploring the queer side of gaming: the queer gaming community, gaymer culture and events, and the rise of LGBTQ themes in video games."

Diverse queer themes in game storylines and characters are an anomaly in the mainstream video game industry, and LGBTQ gamers have a higher chance of being mistreated in social games. Gaming In Color explores how the community culture is shifting and the industry is diversifying, helping with queer visibility and acceptance of an LGBTQ presence.

Along similar lines, Polygon's feature Just Making Things and Being Alive About It: The Queer Games Scene explores the LGBT game developer community.

Finally, it's worth taking a look at The Daily Dot's Complete History of LGBT Game Characters. It highlights the fact that LGBT characters have been around almost as long as video games themselves—hidden in plain sight—and they've become some of the most beloved, enduring characters around."

It is important to support the LGBT community. The above games do that, and the above talks and articles show how to do that better. Please help by sharing your own examples of games, talks, and articles in the comments.