Every gamer and games journalist will invariably end up talking about difficulty when discussing a video game. This often takes the form of a comment saying it's "too easy" or "too hard", but it's a topic that deserves to be looked at in much more depth, as the way it is handled can completely reshape a player's experience with a game. In this article, I'll look at extremely high difficulty in video games, what works, what doesn't, and what we can learn from it.

So before we start talking about high difficulty, we need to make it abundantly clear exactly what difficulty entails.

Difficulty refers to the amount of skill required by the player to progress through a game experience, with higher difficulty obviously meaning more skill is required. The distinction worth noting here is that skill doesn't only refer to the typical physical aspect of playing a video game, i.e. reaction time - it can also refer to many other aspects of playing a video game, such as memorization and strategy.

This definition of difficulty isn't very complex, but it's important for us to be on the same page about what the term means before going any further.

It Can't Be That Simple

At its core, high difficulty in video games comes in one of two forms: artificial difficulty and designed difficulty. I'll admit that I just made up these terms, so let's take a look at what I mean by them.

Let's start with artificial difficulty: the type of difficulty achieved by altering the statistics of the elements of a game with lesser difficulty.

This sounds complex, but it's really just the type of rote difficulty increase you typically see when you switch a game from "normal" to "hard" mode. Common changes include increased enemy health and damage, more stringent time constraints, fewer lives, and reduced resources like money or ammunition. Most importantly, the core of the experience, things like level design, enemy behaviour and puzzle solutions does not change. 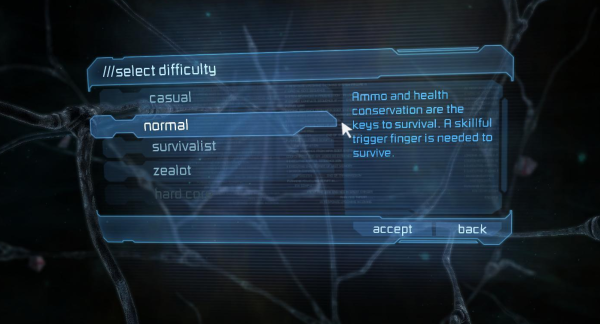 This type of thing is artificial difficulty.

A great example of this kind of system can be seen in both the first and second Dead Space games. On normal difficulty the games present a fair difficulty curve and a reasonable challenge. The more difficult modes, on the other hand, do not feel nearly as fair, with the player simply having less health and ammo, and the enemies being much stronger, while everything else in the games remains the same. This is what I class as an artificial difficulty increase.

Designed difficulty, on the other hand, is difficulty baked into the very systems of the game - things like the aforementioned level design, enemy behaviour and puzzle solutions.

This can take all types of forms, from enemies with complex or nuanced attack patterns all the way to levels which are basically elaborate mazes for the player to get trapped in. This idea can be a bit tricky to explain, so let's take a look at a game that employs this type of difficulty.

Dark Souls might be the perfect example of designed difficulty, as almost everything included in the game seems to have been made the way it is simply to make the player's life miserable. The game is incredibly unwelcoming from the start, with a tutorial that offers almost no explanation of the systems behind the game, which leaves the player struggling to figure out where they are supposed to be going and what they are supposed to be doing. 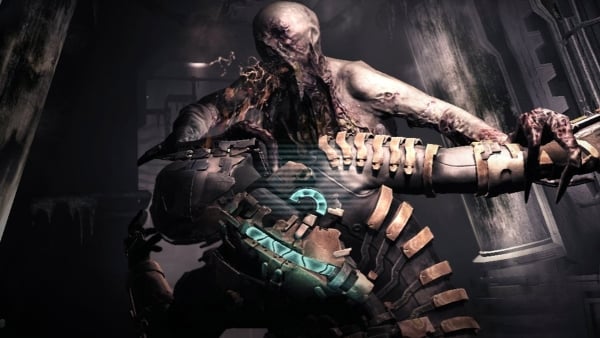 At least it looks cool when you fail.

Combat is also very difficult in Dark Souls; extremely strong enemies are often placed very close together forcing disadvantageous group battles. To add insult to injury, dying is punished as well, with all of the player's resources being dropped on the ground upon their death. They can only be recovered if the player makes it back to where they died without dying again, since if they do their resources are lost forever.

There are also small things in Dark Souls that add to the difficulty, such as non-hostile NPCs who murder other useful NPCs without the game giving any indication, or the fact that it is entirely possible to just plain never find a large amount of the most useful items in the game. Dark Souls is a game that lives and breathes difficulty, and was clearly designed around the idea of being challenging; this is what I call designed difficulty.

The Bad and the Good

Now that we've established the difference between artificial and designed difficulty, we'll take a look at the ways in which these two very different systems affect the player's experience.

At its core, artificial difficulty is shallow, providing a level of difficulty that is neither satisfying nor enjoyable for the player, often feeling cheap and unfair. In contrast, designed difficulty typically offers the player great satisfaction once conquered because the challenge presented felt organic and fair. To look at why this is you need not look any further than the two examples given above.

Dark Souls is a very hard game, but this is only notable because the game forces you to play it this way. Objectively, if you play Dead Space on the highest difficulty level, it is every bit as hard as Dark Souls. However, when played this way, Dead Space isn't any fun. This is because it increases the difficulty artificially, as stated above, and this has terrible ramifications on the experience.

Every video game is designed around a set of systems, and these systems are tuned and tweaked to work together to create the overall game experience.

In Dead Space, for example, the normal difficulty mode is perfectly designed so that when an enemy jumps out at the player from the shadows, they have time to be startled, compose themselves and then tactically dispatch the enemy by removing its limbs. The is the game's core gameplay loop, and its proper execution is where most of the game's fun originates.

However, with the difficulty cranked up, this pattern doesn't really work any more: the enemies are too strong, and the player is too weak to dispatch them if they get startled. Instead, an enemy jumping out at the player from the shadows often means near-instant death, so foreknowledge and trial and error become the only reliable ways to complete the section. This type of system can be very frustrating for most players, leaving the game feeling like a grind, as trial and error based progress can often feel unfair and contrived.

For this reason these extreme difficulty modes are usually included for the sake of completionists who have already played through and enjoyed the game once and are looking to get more out of the experience. In fact, the hardest difficulty in both Dead Space games requires the game to be beaten once to unlock it.

Expect to see this quite a bit.

In contrast to this philosophy, we have Dark Souls, a game which shoves crushing difficulty down its players' throats from the moment they turn it on, yet somehow manages to be fun and never feel unfair. This is because the core gameplay loop in Dark Souls is designed with difficulty in mind. Everything in the game, from the persistent enemy placement and behaviour, to the checkpoint system to the online functionality is designed around the idea of trial and error. Difficulty is fun in Dark Souls because, unlike in Dead Space, it doesn't break the core gameplay loop.

Why Should My Game Be Hard?

We now understand the difference between good difficulty and bad difficulty, in that good difficulty isn't just a slider adjusting some numbers, it's a core design tenant of your game. But why make a video game difficult at all; why make your players work harder then they need to?

Well, there are many things difficulty can bring to the design of a game beyond just offering something for masochists to beat their heads on.

First off, conquering a difficult section of a game has the potential to give the player an immense feeling of satisfaction. When something is difficult, overcoming it feels like a real triumph and this feeling can really add to a player's experience with your game. However, you need to be very careful, because there is a fine line between doing this right and doing this very wrong.

This doesn't look possible to beat the first time you see it.

In Dark Souls, the player often encounters overwhelming and seemingly impossible obstacles and conquering them feels like a true testament of skill. This is because though the challenges may seem impossible at first glance, with repetition players will see patterns arise in the chaos and find that things aren't so difficult after all. Rarely does Dark Souls demand incredible skill from the player; it only asks for patience and understanding of its trials. In fact, playing through Dark Souls a second time through isn't that difficult at all once you understand its challenges.

What isn't so fun is when games require incredible feats from their players, often demanding they do things they simply aren't capable of. The old Ghosts and Goblins game is a perfect example of this; it's a game that is too demanding of its players and is simply not entertaining to anybody but the hardest of hardcore.

More than just satisfaction, difficulty is also an incredible tool in building immersion in your game. When something is difficult, progress is often slow and methodical, giving the player time to truly soak in and understand every aspect of your game, including its narrative and thematic content.


You don't want your game to elicit this type of reaction in people.

Though Dark Souls is low on exposition, the atmosphere of desolation and abandonment of its world still shines through because the player spends so much time experiencing these feeling first hand due to the difficult gameplay. The intricate design of the levels is also made all the more apparent because the player will invariably commit every shortcut and secret path to memory as they traverse the levels on their umpteenth try at success.

This does not mean that every game should be difficult. I can't give any strict rules, but difficulty needs to make sense within the context of your design, and needs to be able to bring something worthwhile to your experience. Difficulty for difficulty's sake has ruined many games.

At its core, the difficulty of a game should be baked into its very design. It should be indispensable to the experience, something that works symbiotically with the rest of the game's systems to reinforce and improve the core gameplay loops of your title. This is important, because it's very easy to make a game that will only be frustrating and annoying, and for most gamers, that just won't do.