Grey is a total conversion Half Life 2 horror mod three years in the making. The team has made a lot of changes to the base Source engine, adding countless new mechanics alongside new monsters, maps, weapons, and more.

With Grey's recent milestone of 100,000 downloads, both positive and negative news articles and reviews, and a history of three years of work on the mod we feel it is only appropriate to give fellow modders, indie developers, and interested fans of Grey a post mortem of the mod.

In this post mortem of Grey we will mostly cover what went wrong. Big and somewhat common mistakes we made that we feel will help other developers out there the most while making their own games. We will will also include some specific tips for this genre and game type.

If you wish to download Grey you can get it from: http://grey-mod.com/downloads. It requires Half Life 2 and Half Life 2 Episode 2.

When working on a mod for such a long time you quickly become desensitized to its difficulty. One of our developers could easily speedrun Grey in 30 minutes without even having to use a health kit. Other developers and friends usually finished within an hour or less on their re-tests with minimal health kit usage and plenty of ammo left at the end. None of us at the time felt there was a huge difficulty problem. 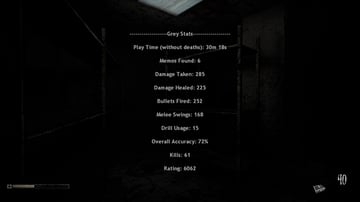 Our testers for Grey were mainly friends of developers or friends of friends. All of them had one major problem in common for testing, though: they were experienced FPS players. This was probably our biggest mistake with testing. While these testers we brought in throughout random times along the development of Grey did initially have difficulty, most of them quickly learned ways to avoid monsters, how to kill without getting hurt, and where to find what they needed. Some even called it easy.

Because so many testers and developers found Grey easy during the development of the mod, there were many times we thought it would be a good idea to make it harder. This ended up being one of our largest downfalls. Enemies became bullet sponges (although this was later 'fixed' and rebalanced in 1.1) and health kits became scarce if you didn't look for them. The result: many complained it was too hard on release.

Side note: Even with most complaining Grey was far too hard on release there were still quite a few experienced FPS players calling it too easy.

One of the few major things all of us on the team agree we did right about balancing was to get our testers to record their playthroughs. Almost every single tester we used had the ability to record their playthrough with FRAPS or a similar program. After they finished Grey, we had them compress the videos the best they could and upload them to our private FTP. It was a huge help in the development of Grey to see exactly how players played and reacted their very first playthrough.

The biggest thing we have learned from our balancing mistake is that we need to get testers of every type. Having testers from both the bottom of the barrel in FPS skills and having those that know how to exploit every 'feature' of an engine to avoid dying will help greatly in balancing.

Testers should also not just be picked from the developers' friends. Usually friends and even friends of friends will know how to play what you are creating. Get random testers from various players on the internet that may not even know how to exactly install a mod without a step-by-step guide. Get inexperienced players to see where it goes wrong with them. (But do be careful about leaks.)

Gameplay in Grey was meant to represent that found in many of the older Silent Hill games as well as many other popular horror games throughout the years. Grey was not meant to ever really be easy - and while we certainly achieved that it wasn't in the way we wanted to.

One thing we noticed in many Let's Plays we've watched of Grey after release is that players frequently don't explore everywhere due to having low health which put them in a catch-22 of "I have low health so I don't want to explore and die, but I won't find health kits in side rooms because I can't explore because I will die."

Health kits in Grey were rarely placed in direct sight or along the way of the 'correct' path. They were often in side rooms that served no purpose other than providing health, or in crates that caused players to rarely find them, making Grey much harder than it should have been. This of course made for poor gameplay and caused frequent deaths which just aren't fun in a horror game.

Our tip system which did suggest for players to explore everywhere and break every crate didn't contribute much to Grey either due to players reading the storyline between maps (which was added after the tips already existed) and ignoring the tip both pre-loading and post-loading. This lead to players not knowing that they really, really should be doing what these tips suggest as they never read it or paid attention to the importance of them. 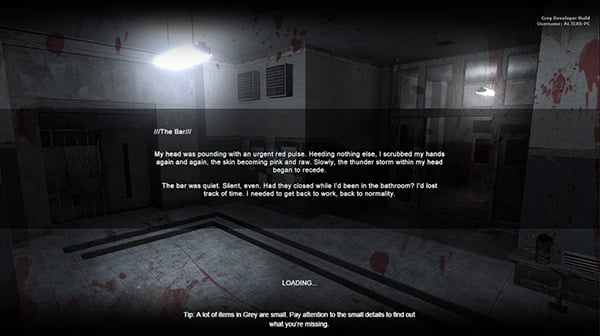 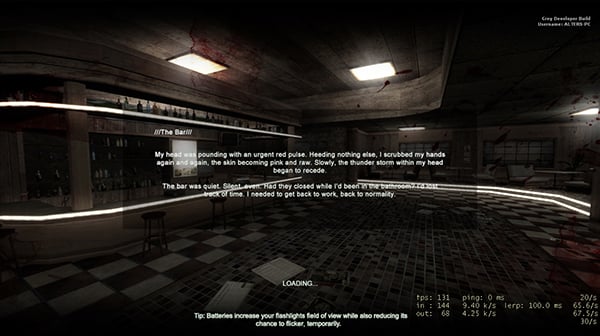 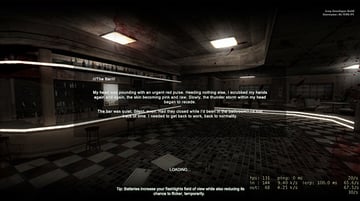 Grey filled the role of a simple puzzle-based horror shooter exactly how we wanted it to. Grey was never intended to have some advanced combat system or stat system that took hours of gameplay to learn like Dark Souls. Grey was simply a horror shooter intended to fill the void of lacking up-to-date horror games as well as to tell the story of previous mods released by Ashkandi. We feel we have accomplished this well and we feel it is reflected in both our current 8.4 rating on Mod DB and the reviews we have read of Grey.

We learned a version important lesson here, which every modder should know: when you add a feature to a game you should always introduce the concept by (usually) forcing the player to do it. Show them the result of it, then reinforce it later.

Players need to be alerted to these features ahead of time and know that they exist, as well as being encouraged to use them later on. Introducing a feature that is only used once, in that one specific spot you introduced it, is poor gameplay. On top of that, introducing a feature only to ignore it for the rest of the game until one specific spot later on is also really poor gameplay. 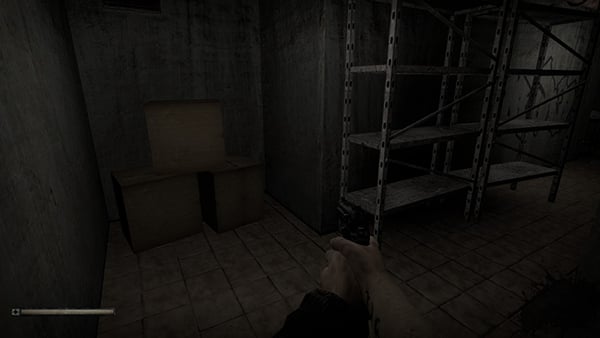 Crates in Grey often blended in with the environment and gave no indication of whether they contained items or not. Sometimes you could break 15 crates and get nothing, but then find three items in a row.

One of our biggest regrets with the release of the mod is releasing it so (relatively) close to the release of another popular horror mod. Grey was made with the idea that we would be filling a lack of horror mods at the current time.

Unfortunately our release date ending up timing not-so-well with another release of a horror mod on a similar engine. This caused many comparisons between the two mods, even in areas where their genres were not intended to overlap. 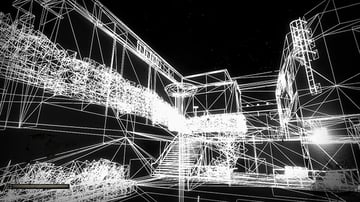 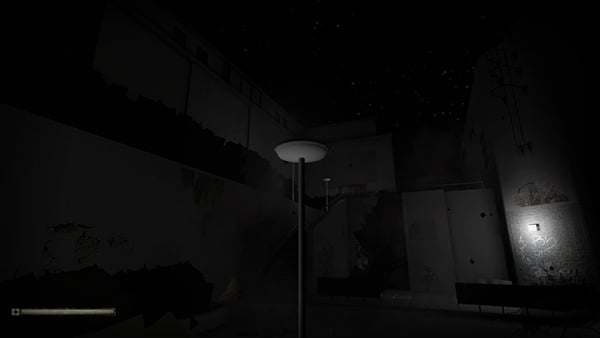 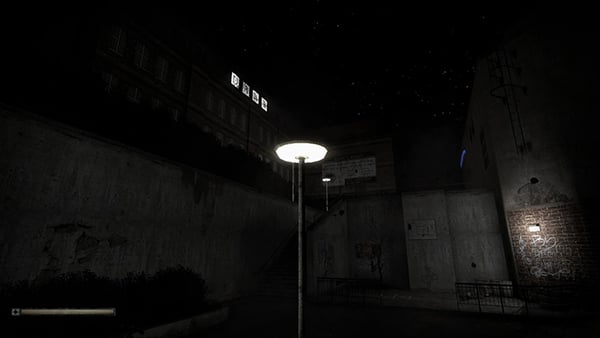 We believe that the biggest thing that helped Grey get as many downloads and popularity (short-lived or not) that it did was the reviews we did as well as the preview copies of the game we sent out to RPS and other sites, and the Let's Players on YouTube. By doing this we got many fans of the mod that didn't even know how to install a mod prior to this. We even had people asking us what Steam was because they wanted to play Grey but had never played a mod before.

Big thanks to the guys over at Beefjack, Mod DB, and RPS, as well as our Let's Players on YouTube, for helping Grey get as popular as it has.

With the release of Grey we have learned that sometimes it may be a better idea to delay a game if you feel that its current genre is over-saturated.

Do note that this is not always the best thing to do though. While it may help to avoid releasing at a similar time as another game with a similar genre, if they do establish their player base well before you you may not be able to catch up and compete. While it would not have been as big of a problem if there had been a few years between the release of other mods such as Nightmare House 2 and Cry of Fear, releasing Grey so quickly after these put us in the position of being heavily compared to - even in areas where we never intended to be similar and areas that weren't similar to begin with - due to players liking one gameplay idea more or less than another. 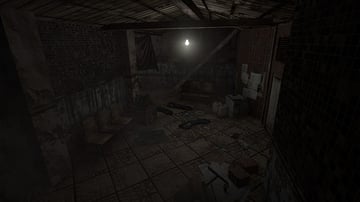 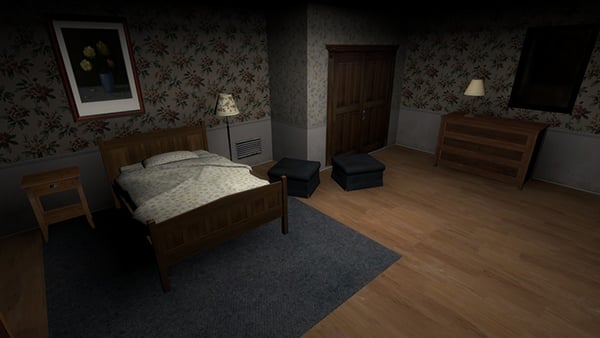 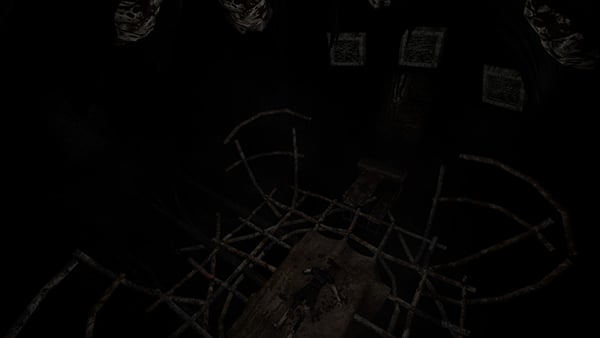 Screenshots of some of Grey's completed levels and areas

Thanks for reading our Grey Post Mortem! We hope this will help other modders in their future work as we know we have learned quite a lot from our own release. Feel free to leave a comment and maybe tell us what you'd like to see us discuss later.

Next: If you enjoyed this post, check out our other post mortems!
Post Mortem
Did you find this post useful?
Yes No
Would you like to provide feedback (optional)?
Cancel Submit
Want a weekly email summary?
Subscribe below and we’ll send you a weekly email summary of all new Game Development tutorials. Never miss out on learning about the next big thing.
Sign up

Cameron Wood
I'm a programmer with a passion for gaming. I've been gaming since I first ever got a computer. I'm always interested in learning how something works and when I get the chance I will always mod and create on existing and new projects.
Looking for something to help kick start your next project?
Envato Market has a range of items for sale to help get you started.