Constraints Are an Essential Aspect of Game Development

When you're asked to tackle a game development project you want to have as much freedom as possible, a generous budget, long development times and a big team. That would be a dream scenario, right? ...Actually, no, not really. In this article I'll share my thoughts on why working under limitations often proves to be the best way to develop games.

Developing a game essentially means tackling a lot of problems and challenges. As game developers we overcome the issues, addressing them with familiar solutions based on our previous experiences, on what has worked well for us in the past. Although this is a great way to get things done, having that much freedom ends up discouraging new and creative ways of solving those problems.

I think frugality drives innovation, just like other constraints do. One of the only ways to get out of a tight box is to invent your way out. - Jeff Bezos

Now, let's examine the most constrained environment that a game developer can experience: a game jam.

Getting Out of Your Comfort Zone

A picture I took during the 2010 global game jam in Bogotá, Colombia

A game jam is all about getting out of your comfort zone and being creative. There's a plethora of jams that you might want to participate in, such as the Global Game Jam and Ludum Dare among many others.

Generally, all game jams follow guidelines and constraints such as:

As if four constraints weren't enough, in some game jams you can add even more to the challenge. I'm going to take as an example three of the 2011 Global Game Jam diversifiers - voluntary constraints that you can use to further experiment with new ideas and concepts.

Image from (an archive of) .kkrieger's site

This constraint is based around the computer art subculture demoscene which specializes in procedurally generated graphics and music. One of the best examples of a game done under this parameters is .kkrieger, a 3D game that weighs just 96k.

Nowadays, if I asked game developers to make an engaging game with a resolution of 160x144, some of them would think it's impossible. Well, guess what: a whole generation of game developers managed. This constraint is based on the technical limitations of the Nintendo Game Boy.

Screenshot of Execution from TIGdb

Execution is a very small and experimental game with a very strong lesson. The game implements a interesting, out of the box idea clearly showing what constraints are all about.

When you take a look at the previous diversifiers and the games inspired by them, you can grasp how much constraints can help in creative endeavors.

Tip: Even if you're not participating in a game jam, I encourage you to make a weekend project based on one of the Global Game Jam diversifiers as a creative exercise

What Happens Without Constraints

So far, we've seen the marvels of constraints, but you might be curious about the other side of the coin: what if there are no constraints when developing a game?

Daikatana was a game created by John Romero, one of the co-founders of id Software (creators of the Wolfenstein, Doom and Quake series). In 1997 Romero enjoyed fame and fortune and decided it was time to make his dream game come true. He designed the game with great amounts of content in mind, more than 20 levels and plenty of weapons and monsters, with no limitations in budget, team or time. Initially he planned only seven months of development - but following multiple reschedules, changes in game engine technologies and code rewrites, the game ended up being released after three years. 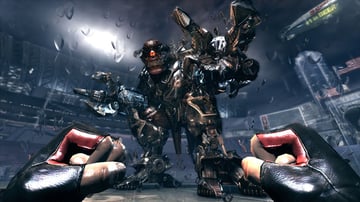 After the success of Duke Nukem 3D in the 90s, its creator George Broussard was ready to make a sequel called Duke Nukem Forever, it was promised to be an industry game changer but it only became the best example of vaporware.

Initially announced in April 1997, the game was expected to release a year later, but constant changes in game engine technology made Broussard change his mind multiple times while trying to develop the best looking game he could. Duke Nukem Forever ended up being released 15 years later, in 2011.

There are common points between the mistakes made during the development of this two games. First, both Romero and Broussard were perfectionists in a constantly changing industry, and trying to catch up with the latest in technology proved to be a fatal mistake. Second, there were no constraints whatsoever. Having this kind of freedom becomes a hindrance for game development.

The stories behind the development of this games is fascinating, if you want to read more about them I recommend the following articles: Knee Deep in a Dream - The Story of Daikatana and Learn to Let Go: How Success Killed Duke Nukem.

A Glimpse at the Past, Present and Future

The foundation of the videogame industry is made of games developed in times of great limitations. The NES, an incredibly limited console by today's standards, single handedly saved the video game industry in 1985.

It's a great exercise to play 8-bit games, you can get a sense of what can be accomplished using the least amount of resources. In the above screenshot of Super Mario Bros. you can see that the clouds and the bushes use the same sprite due to the NES technical limitations.

A couple of years ago, making a game independently was considered very difficult - almost impossible. Licensing a game engine was very expensive, and even if you did, it was hard to distribute the game once it was done.

Today we're experiencing the democratization of game development technologies. With affordable (or even free) game engines like Unity, Game Maker and UDK, we have access to the same tools the AAA game industry uses, albeit with a different scope.

Having access to AAA tools doesn't mean you should try to make the next Call of Duty, and this is exactly where independent games shine. If you're wondering why there is a Halo 4, a Grand Theft Auto 5 and a Call of Duty 9, is because the AAA industry is afraid of taking risks; they will keep sticking to the same formulas until they cease to make money. But being an independent game developer means that you can experiment with new ideas without being afraid.

Constraints can act as a catalyst for innovation, experimentation and creativity. Don't get caught in the habit of solving problems using known methods, get out of your comfort zone and start using constraints to your advantage. Your game could be the next Minecraft...

David Arcila
Hi! My name is David Arcila and I’m an independent game developer, audiovisual producer and avid gamer. I’m also the co-founder of ProfusionGames.com a small dev team where we strive to make fun and engaging games. You can play my games and see more of my work at davidarcila.com
Looking for something to help kick start your next project?
Envato Market has a range of items for sale to help get you started.